Laszlo Harasztosi`s unlimited love , benevolence and wish to help have converted the energy around him into a miracle. We all know that there are no miracles. However, these are the only possibilities that exist in ourselves but we run past them in this bustling world. Lazlo Harasztosi makes us stop and calls for recovery. Accept his help as it comes from his true love for people.
Dr István Taraczközi
MTU secretary-general

I was holding my friend Laci`s hand at the first step. Our two and a half year- long work was crowned with success. We traveled through the country in Hungary and abroad and we gave back the health of many thousands of people. His healing power and his faith in healing and recovery are unique. When he started to work in his first years, people in Debrecen and others in Hungary could experience his indirect personality, help and healing power. Everybody who asked for his help was helped by him regardless of age, sex or condition. Many people feel sorry for him that he left Debrecen. Laci has become a nation-wide known, internationally -qualified homeopath.

Lazlo Harasztosi was born. Where and why; I think there are no doubts about it. Cosmic energy or universal spirit - it does not matter how we call the thing that makes it possible for people to realize the power that comes from God. Lazlo Harasztosi is a particular person. Why? Because he received unique qualities and he lives and works with these. He works among thousands of people. I think he must have been surprised when he realized that with the help of his hands and spirit he can help others. I suppose he needed time to find the right way many times. But today he is straight on the right road and has understood nature and learnt how to use it. Mr Harasztosi works and does his best in this faithless world. Yes, there are miracles. They are there , hidden in ourselves.
Attila Pataky
Edda

I have been able to travel around the world due to my work and my life. I have seen numerous cultures. I got acquainted with talented people, I have met the wonders of the world but being a rationally thinking person I could only believe in things that had a scientific explanation. My point of view and stubborn faith have changed suddenly when I met Lazlo Harasztosi. He had an impressive impact on me at the first meeting and afterwards I was forced to give up all my doubts. I worked 16-18 hours a day. I had had a serious operation beforehand. I was tired and depressed but after a 30 minute treatment I became a new man. I completely changed and became fit, full of energy and I have to confess that it all happened in a couple of minutes. The miracle only happened after this. Some weeks later I had fever of 30 centigrade which exhausted me. As I had nothing to lose I phoned Lazlo Harasztosi. Even today I can hardly believe what happened. During the short telephone conversation I was shivering and I was sweating heavily . By the time I put down the receiver my fever had gone and the following day I was completely healthy. Since then I have believed in a man who was able to prove to a faithless man that a power exist that can only be possessed by the chosen ones There is an energy that works as a healing miracle in this man of extraordinary talents. I believe in the will that Lazlo Harasztosi uses to pass this inexplicable energy to patients relieving this way our pain. He proves that a superior spirit exists that can make this world perfect.
Lazlo Gombó

I have been Lazlo Harasztosi`s fortune-teller for years. We met at a party and when I looked at his palm I could immediately see that a man with extraordinary talents was standing in front of me. Strength and energy radiated from his palm. If I have a bad day or feel sick I ask for his help. He has sent me energy and healing power through the phone. He is extraordinary in it. In return I predict his fortune from cards, I forecast the great events in his life. We are true friends. Our friendship is based on mutual appreciation and help.
Mullerne Rozsa
fortune-teller

I was born in Budapest. I am a forest engineer. I have always been interested in nature. That is the reason why I have become a forest engineer. From 1962 I worked as the leader of a southern hunting farm where I was filled the adventures of nature every day. After the farm was closed I got to Budapest in 1986. In spite of the fact that I had an excellent job I felt that I was lost. Diseases that I had not intended to notice before deteriorated my condition and in 1993 I was completely taken over by them. One of my friends witnessed my deteriorating condition. He suggested me that I should see Lazlo Harasztosi as I was not able to walk on my own . As I could not see him personally Lazlo Harasztosi transmitted energy through the phone. After three phone calls I was able to walk again. Of course, he was not able to stop the spinal sclerosis but at least he gave back my ability to walk and my confidence. When Lazlo Harasztosi visited my two or three times then I knew him as a friendly and benevolent friend who would like to help everybody with his extraordinary talents.
Laszlo Waliczky
forest engineer, photographer

I was 65 years old when I first felt that I had a heart. It is not a very good sign if one of the organs signals to the mind. I had intense and less intense pains above the breast bone around my left arm after short periods of time. After a year I went to take a cardiological examination . The results were normal in resting position but in case of loading stress the results became sinister. The results showed the typical condition before a heart attack. I was suggested that I should have a thorough medical examination and later a heart transplantation at a hospital in Debrecen. I hoped that the check-ups would improve my condition. The medical treatment stabilized my condition. My walking speed and motions became more and more slowly. It was hard to accept all these. I used to run upstairs to my flat which was on the third floor taking every second step only. I hand not used the elevator on purpose. But unfortunately I had to start using it. Then I was lucky enough to meet Lazlo Harasztosi in Miskolc in 1995. Twice a week after a fifteen minute long treatment I experienced positive changes in my old heart. He placed one of his hands on my breast the other on my shoulder-blade. Between his two hands I felt the heat that radiated into my body and had the effect of a refreshing massage. As far as I can remember he treated me 7 or 8 times. What can I say ? I was reborn. Since then I have been able to run upstairs taking every second step. Previously I was not even able to run a short distance after the tram but today I dare to run again. In the meantime I celebrated my 70th birthday.
Sándor Várhegyi
designer

It was my water polo player friend Zsolt Petõváry who helped me contact the Magician. I made an appointment by phone and we met. I told him my complaint; he immediately set to work, and before I realized what was happening, I felt some strange kind of warmth and calmness. We were talking but he was – I assume – working at the same time. Several topics emerged; it was especially good for me to have a chat about things that concerned me. We spent together about an hour the first time and I took the metro full of self-confidence, with a swelling chest; I walked, avoiding the nuisance of Budapest transport. My thoughts flittered and raced around; I asked myself if I would ever get home. Eventually, I managed to but I was overcome by a strange sense of clairvoyance, which is still continuously present in me, and which I perceive like rejuvenation and activity. We met again in two days: the Magician started to treat my Long Gun (Catherine). Unfortunately, the three years spent in fitness came out as hernia on her spine, neck, and belly. Knee bend and bench press are not very healthy with a weight of 60 kg. She had seen all the specialists in Budapest; she had taken the MRI of the skull, the neck, and the spine – we had all the imaginable results. The diagnosis: double spinal hernia on the lumbar section, disease of the intervertebral discs on the whole length of the spine, and there were protrusions, anticipating hernia, visible at five spots on the neck section. These involve very unpleasant symptoms and they are extremely stressing to the psyche of such patients.  When the treatment was over (the improvement is still noticeable; her mood changed in a positive way) my energy recharge followed! He stuck all the heavy objects accessible in the flat on me, with his special, innate talent. An iron, a wok, a complete electric épée, a marble chessboard weighing 7.70 kg, a hatchet, an axe, an adjustable spanner, a laptop, remote controls etc; he transferred the energy with his hand.

He who doesn’t believe it should see it for himself:

http://www.harasztosi.hu/en/galeria-3/zoltan-cerna-szekely – I recommend it! Next day I went angling in the early morning and I was astonished to realize that my production, only dribbling beforehand, transformed into a forceful water jet. I showed it to my fellow anglers: just like when I was a youngster, it’s going well, even up to the first floor, not only towards the cellar! I feel like our relationship has evolved into a friendship. It was not only my physical problems but also the spiritual ones that became lighter and lighter. I wrestled with the world every night, I was attacked by terrible dreams and fears; now they completely avoid me, they have left me, maybe they haunt others who deserve them more than I do. Wherever my fate should take me, I profess among sportspeople and artists: man and nature are dependent on each other, nature must not be spoiled for the sake of sordid financial or whatever interests. Sports physicians should not be afraid for their jobs because of their financial goals or jealousy; they should be a supportive partner – but if they aren’t, they should at least sometimes practise self-criticism…! The reason why I had to write it here is because it is closely related to my healing, and anyway: if the shoe fits, wear it… 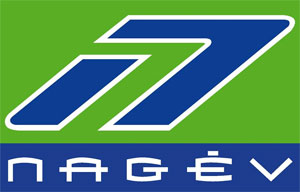 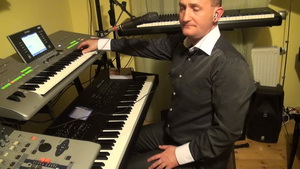